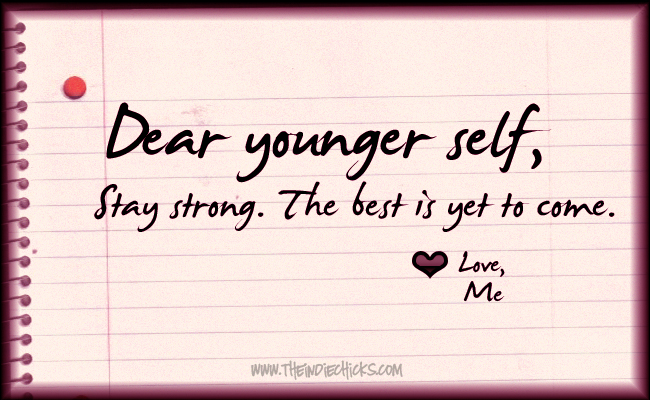 After listening to Ekene Onu and Aduke Gomez’s tender and moving letters to their younger selves read out at the LifeHouse event called Letters and the Lady which I hosted about a week ago, I thought it was time I take my own stab at writing to myself.

Dearest Unwana,
I know you hate it when people call you that except your mother. I suppose what you really like about being called Wana is the listlessness of it. Sorry to burst your bubble but people will eventually call you different names and you will stop caring.

You will stop thinking you did it yourself or got here on your own. Maybe you didn’t have the people you expected but people were there for you. So you didn’t do it all by yourself. No one is entitled to anything. You are really lucky. Be thankful.

Some of your friends will change. You will change too. You guys will grow apart. It will be difficult, but you will make new ones. They will let you in and you will do the same. You will be a part of their brightest and darkest hours. It will be easier than you thought. You will be close to each other and it will feel like they have been there all along.

Enjoy your body. You are not as fat as you think you are. You just happen to be bigger than everyone you know and most people your age. You will eventually get frustrated from trying so hard to become small that you will eat so much and become bigger. You would look back at photographs of yourself and wish you looked just the same. Not smaller but just the same as you are now.

Quit trying to overcompensate. Just be yourself. Funny thing is that who you really are, will become your greatest asset. By the way, you aren’t that weird and no one really cares. There are stranger people out there. You will eventually find out.

It’s ok that you are angry. It is good for you. You will always need a bit of discomfort to push you. Besides it will fuel your artistic and creative voyage.
Stop being bitter though. It will intoxicate your soul. You will be very irritated with yourself when you discover that you inherited your parent’s war and other people’s fears that they projected on you. You really don’t need it. It is burden and baggage. If you will carry such heavy weight, at least let it be your own.

Confront people instead of cutting them out of your life. It is quite immature actually and holding things in just means you will implode eventually. For some strange reason, you will discover it is freeing and things may never be as serious as you think. Drop the oversensitivity too. People will always say things, and do things but you control how you react to the situations. You will need tougher skin because worse will come.

That leads me to the issue of this nice girl persona. If I tell you one of your boyfriend’s will break up with you because you are a little too nice, I know you wont believe me but trust me, he will. It just isn’t real. It is perfectly normal to show you are upset or say you do not like something. Stop accommodating crap because you have refused to address the things that scare you. Oh and the tough cookie-i-can-deal-with- anything attitude, BULLSHIT. I could have told you that for free.
But you will admit it. You will admit those things that make you afraid, that frighten you and make you think you are inadequate like, being broke, becoming homeless, being dependent, never having children or being a good mother, never having someone that would spoil and fuss over you for a change, being disappointed, speaking to your father, not seeing the world, or wearing a strapless dress, or dancing a burlesque routine to Shirley Bassey’s ‘Big spender’ in sexy lingerie in front of a large audience and never being enough.

Stop thinking of laying on the train tracks hoping the last train will crush you to pieces. It will come in bouts again and again. Big ones and small ones. Like typhoons and ripples. It will meander over your head like an invisible halo and other times it will wrap you up like a fluffy cloak. It will frighten you how much you will sometimes luxuriate in it and at other times how it would drown you. But the depression will not kill you. You will learn to deal with it. Poetry will help, writing will do the same and so will the practice of gratitude. You will feel guilty each time it comes, like a saboteur as though each time everything is going well, you have to find a reason to be unsatisfied or unhappy. You will find a much bigger purpose from the pain even if you think you have all your plans laid out. The despair will fuel your drive and you will be fine. I promise because I know.

Just so you know, you will regret these limitations you put on yourself. It’s as though your own thoughts had formed prison bars around you, and then you decide to languish behind them for too long till they became rusty. Remembering that will piss you off so much because you will spend the rest of your twenties playing catch up and learning to be free. And I almost forgot, you are way too damn responsible and a little uptight. You really need to leave some room, actually a lot of room for the detours. Life will be a lot more interesting. You will find that out don’t worry.

You keep giving yourself up for cheap. I know you don’t think you are worth very much but you are. It’s like everyone else can see it except you. No need being too hard on yourself by the way. You are going to do some pretty darn awesome things. You will marvel at how you got there.
Oh, and boys your age are just horny and want to have sex. It really isn’t about you or anything you did, or could have done differently or how you look. Again, I know you don’t see it but you are super fly and pretty hot. Good job on not jumping from product to product because your skin is quite yummy.

Unwana, you are not perfect and you will never be. You will eventually come to terms with it. But you are a pretty special kid and a cool one at that. And your mother was right; you will always be the light wherever you go. It’s why she kept saying the one good thing your father did was giving you that name.

This article was originally published on www.bellanaija.com 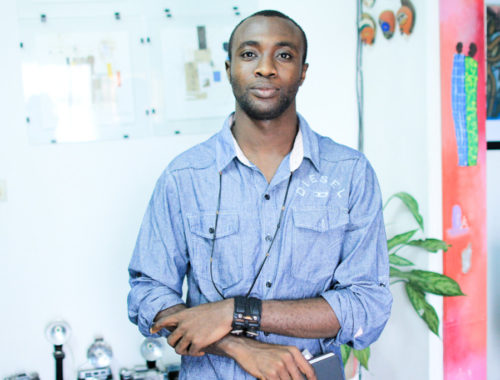 Writer Emmanuel Iduma on Intimacy, Otherness and The Nigerian Identity