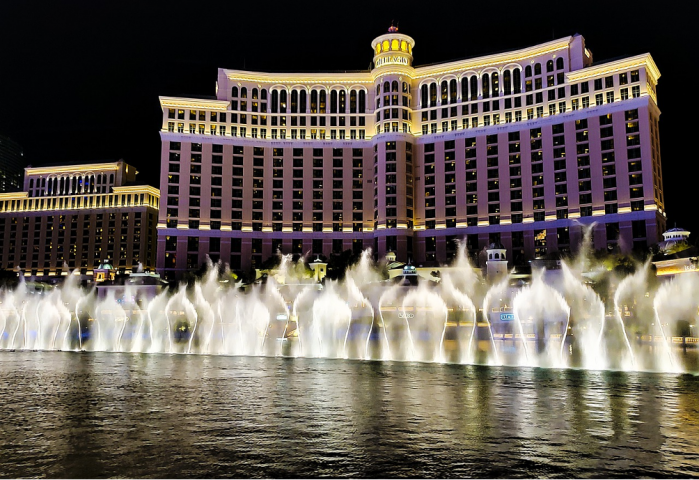 When you look into Las Vegas today, you get a decidedly different picture from the one you would have gotten 20 years ago (let alone 50). Vegas has always had a sort of edgy decadence to it to be clear, but today’s Sin City spirit is more about parties than extravagance. The city has, as a Travioor post on Medium put it, “transformed the average pool party into a revelry of music, dancing and splashing, mixed with insane amounts of alcohol.” And at night, the main highlights these days are pulsing, deafening nightclubs filled with neon lights and glowing beverage containers.

In short, an online brochure for Vegas today looks like a sort of all-out adult spring break. And there’s nothing wrong with that! It’s always been a city about pure fun, and the prevailing manifestation of fun is bound to shift over time. At the same time though, many still go to Vegas looking for more of a vintage atmosphere — the well-dressed casino-goers, the high-stakes poker, the fancy meals and luxurious suites, and even the strolls down The Strip at night. In my first trip to Vegas since many years ago, this was the Sin City I sought out. And while part of it is lost to history, I do have some tips for how to find the lingering charms….

Book a Room at The Aria

When looking for vintage Vegas, my first thought was to seek out some of the older resorts, and book a room in one of them. But then it occurred to me that what’s really always been special about Vegas from an accommodation standpoint is that it’s had the best of the best — not just the oldest. For this reason I looked primarily at some of the newer resorts, such as the Aria and the Waldorf Astoria (formerly the Mandarin Oriental).

A lot of people lean toward the latter because it doesn’t have its own casino, and is thus a quieter, somewhat more dignified place (I did stop by, and it’s rather breathtaking). But I actually wanted that experience of walking past a casino floor en route to my room. The Aria provides this, plus the sort of exquisite, modern comfort I imagine people once felt at places like the Bellagio or the Tropicana. Plus, given what you expect in Vegas, the Aria isn’t that expensive!

Skip the Pool, See a Museum

You might have seen the piece ‘Incredible Art Galleries You Should Visit ‘in Southeast Asia’ here, and really it speaks to a near-universal truth about travel: Museums are always good stops! The same is true in Las Vegas, where if you’re looking for a classy, vintage experience instead of a raucous poolside party during the day, there are actually some excellent options. The Bellagio Gallery of Fine Art is perhaps the best-known spot, but I found Centaur Art Gallery to be a dream come true. Organized almost more like a high-end shop than a show gallery, it houses sculptures, paintings, comic book art, and works from Dalí and Picasso. It’s also the oldest gallery in town (and frankly it’s not difficult to imagine Sinatra types meandering in to purchase paintings 60 years ago).

Skip the Club, Catch a Show

Similar to opting for galleries over pool parties, you can have a more “vintage” experience by skipping the modern nightclubs and instead catching a show, and perhaps a late-night cocktail. I went for Cirque du Soleil (okay, maybe not the most old-school option), but you never know what kind of performance might be in town. Concerts, comedy acts, theatrical performances, and abstract exhibitions abound. But the bottom line is there’s something quite nice about dressing up a bit, attending a show, and closing out the night with a quiet, classy cocktail. I recommend La Cave in the Wynn, where the wine bar is the star.

I have to admit, I was a little bit nervous about playing poker in Las Vegas. I was nearly resigned to a few hours of slot machines and maybe some blackjack. But I eventually decided that a classic Vegas experience demanded a bit of poker time. What I do recommend though is getting the hang of things before you go. I re-read the rules to Texas Hold’em, even though I was fairly certain I knew them. I found a poker-for-dummies level “cheat sheet” on Poker.org that tells you how the different hands you can end up with rate against one another (and wound up studying it for longer than I care to admit). And I downloaded an app to play some practice games on. None of it quite prepares you for the real thing, but I like to think I was more or less ready.

If you’re up for the game, your task is to find a great room that at least sort of captures the spirit of an older Vegas. I won’t lie, this part isn’t wholly satisfying. It’s hard to get away from guests in jeans and hoodies, which sort of spoils the tux-and-gown image you may have of the Vegas of the past. That said, when you sit down at a table in the right room, you can still go back in time a bit. The Aria’s poker area is nice, and I played my poker at The Bellagio. Though from what I hear, the new-ish room at the Wynn Encore is now the prettiest in town.

I understand that everyone travels on a budget, and Vegas is a place where entertaining yourself adds up quickly. I’m certainly not recommending raw extravagance, and it’s usually best to use restraint where you can. That said, the restaurants in town truly are fantastic, and sitting down to a fine meal is timeless (provided you don’t pick a particularly gaudy, gimmicky venue).

Among countless lists of the best restaurants in town, I personally find EliteTraveler.com’s to be one of the most intriguing, showing a nice range of places in different resorts and with different appeals. But I’m also highlighting this particular list because it includes both of the two places I chose to splurge at: Blossom at the Aria, and Joel Robuchon at the MGM Grand. I can’t say enough wonderful things about both of them, even if they’re out of my everyday price range by more than I’d like to think about. My point, ultimately, is that a fancy Vegas restaurant is worth it.

Make Time for The Bellagio Fountains

Finally, make time for The Bellagio fountains. At night, with nothing else in the world to worry about. If you know the scene at the end of Ocean’s 11, then I can report that it really is about that majestic to simply stand and watch (even if you don’t have the satisfaction of having just pulled off an elaborate casino heist). I won’t lie… I got so caught up in the show that I even went back to the hotel room and had a listen to Debussy’s “Clair de Lune.” 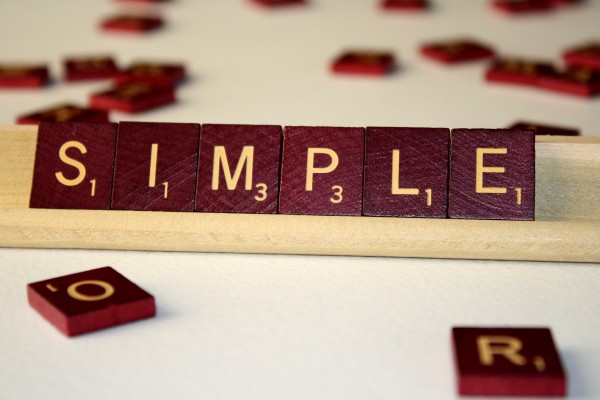